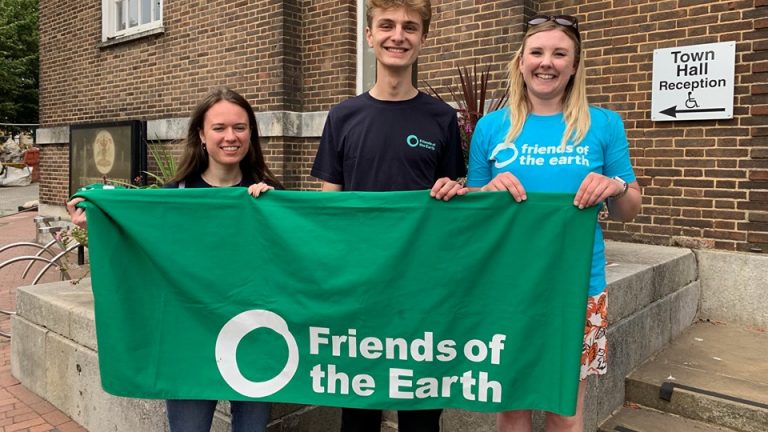 Dec 2019 update: a cross-party group of councillors has formed a Climate Emergency Advisory Panel (CEAP) and has held two meetings so far. They want to have a green audit done–though it is not clear whether that means looking at the emissions from the TWBC itself (so, just their own buildings, operations and transport) or that we will get an audit of the emissions in the whole borough–which is of course what we need if it is going to make any difference! They are also looking to set up a Citizen’s Assembly….

We spoke out in favour of TWBC passing a motion to deal with climate emergency. All who wanted to show support were invited to come and gather on the Town Hall steps on 17 July with banners and posters ❤️🌳❤️🐝❤️🌍

tunbridge wells friends of the earth